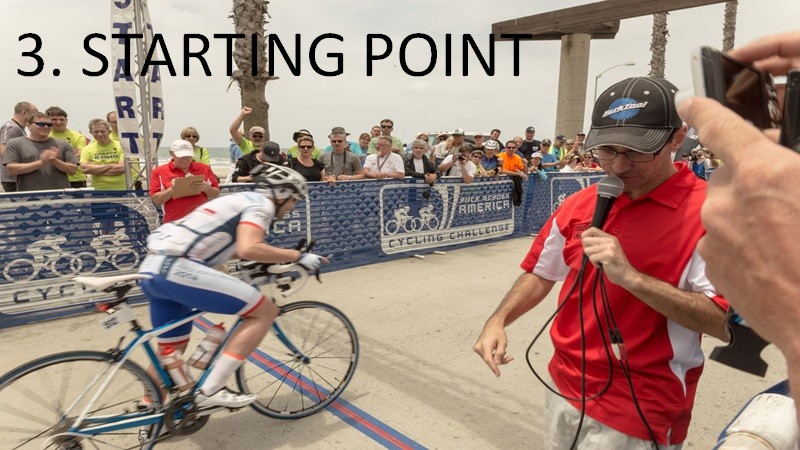 I have written where I got a sneak peak into long distances, how I set my goal and how I approached planning. Now a few words about who I was at the beginning of this way. Did I have the "papers" to become an ultracyclist? What were my predispositions, genetics, to practice this discipline?

I didn't think about it at all then. I liked doing it, did it and wanted more. I dreamed about big challenges and that was what mattered. I believed it was enough. And now I also know that this faith was not so little. It was more important than predisposition.

In my youth, I was neither a cyclist nor an athlete. I did my first cycling marathon when I was 29. The first ultra race - at the age of 36. I did not have and do not have the appearance of a trained rider. Talent, physical predisposition? Here's what a physiologist wrote in his 2012 fitness study report about my body:

"The analysis of the results shows that the rider is moderately prepared in terms of aerobic capacity. VO2max is average for a cyclist. However, it must be taken into account that the rider has made a lot of progress over previous studies, which improved VO2max, but it seems that the athlete does not have the genetic properties typical of endurance athletes, who have VO2max at a level higher than 60 ml / kg / min. The athlete's body has a small reserve in the respiratory system, which is indicated by the min ventilation of the lungs at 155.1 l / min. In well-trained athletes, this value reaches 180-200 l / min. "

"The athlete does not have the genetic properties..." "The athlete's body has a small reserve ..." In fact, after such a diagnosis, I should have given up racing ...

However, because I was heavily influenced by the passion, intrinsic motivation and legend associated with RAAM, I took this report as a curiosity and thought that in a few years I would laugh about it ...

Since I had no physical predispositions, I decided to use the talents I had in hand, i.e. the skills of planning and data analysis. In a way, before starting races, I was running them in Excel, taking into account my own training data and other riders' racing data.

I will write more about analytical methods in the next "stages", and now I want to emphasize that in my case the following rules have worked well:

It is similar in professional life. What is more important than the CV is what we want to achieve. Such times
we have. The dynamics of life increases. People are changing jobs, professions, industries. We keep starting things over and the fact that we do not have education in a given direction or experience should not be an obstacle. Of course, some doors are already closed. At 46, it makes no sense to dream of completing the Tour de France or becoming a pilot of a passenger plane, but the number of open doors is much greater than we think.