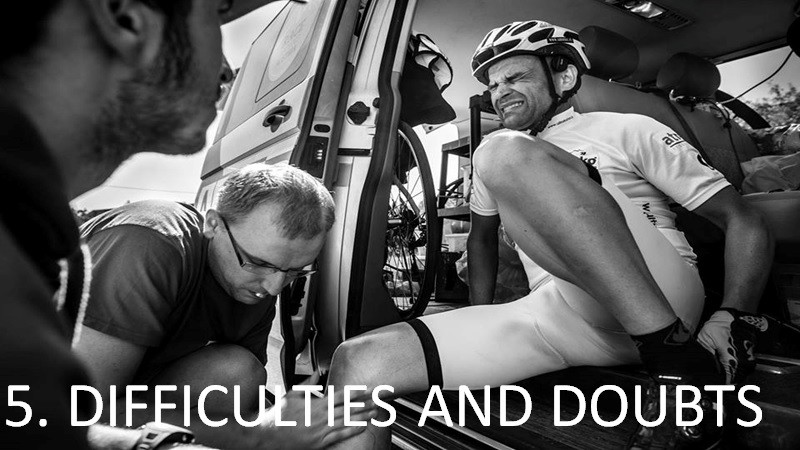 You may have the best plan and find time to implement it, but you will always run into difficulties. Some will be waiting for you in your near surroundings.

While preparing for Race Around Austria, a snowy winter found me. Cycling outside has become dangerous due to the icy roads. So I started training indoors. In the living room. I started training quite late in the night. You know - work during the day, then family life. I used to get on the trainer when the family went to sleep. This, however, was the source of the problem. My wife could not fall asleep to the sounds accompanying the training. In the morning she had to get up to work. Placing the trainer on a mat isolating the equipment from the ground did not help either.

I had the idea to move to the balcony. I put the trainer on the concrete floor. I was pleased with my creativity in overcoming problems and determination to do the training. That day, I had speed training in my plan. At low load, I opened the crank to 180 rotations per minute.

After one of the following intervals, my wife knocked on the balcony and behind her I saw a procession of neighbors. They tracked me for a long time before locating the source of the noise. One of the neighbors lived 4 floors below us. They politely asked the wife not to do the laundry in the washing machine at 2 am ... Well ... it turned out that the powered trainer transfers vibrations perfectly in the concrete structure of the block.

I continued to figure it out. I found - and it was not quite popular at the time - a gym open 24 hours a day. There I dragged my trainer almost every night, installed it in the gym, and did training. I had to use my equipment, because those available at the gym were unfortunately not suitable for my training.

It all continued until one night when I entered the gym I read the announcement: "Please do not bring your own equipment". Fortunately, it was spring then and I could move to the road with my training.

The next "clogs" are opinions about me that I had the opportunity to read on the Internet. There were people who did not believe that a could finish Race Across America solo and communicated it openly. In one of the bicycle stores, I even heard the opinion that I would not succeed, addressed directly to me. Right in my eyes and ears.

Such situations did not help me. Despite my determination, I had doubts myself. At such moments, they grew. In retrospect, I take them as a sign that my challenge was really ambitious.

On the advice of Michał, my mental coach, a month before my start in the US, I opted out of Internet and social media tracking to cut off unnecessary messages.

I also remember an interview I gave before the RAAM for one of the radio stations. The journalist fueled my emotions by asking me about "murderous race" and "superhuman effort" and I was answering questions in the atmosphere suggested in this way. Immediately after the interview, Michał called me, scolded me and asked where I am now? Am I in suffering, pain and "superhuman effort" or on the eve of realizing a life dream during a journey full of energy and joy across a beautiful continent?

Even without outside input, various thoughts swirled in my head. After all, I failed twice in Race Around Austria. Once I had to withdraw due to illness, and the second time I missed the time limit. How will I finish a race now that is twice as long as the one in Austria?

Michał then told me: "It is just as you think it is." If you think this is going to be a "murderous race", it will be. If you recognize it as a reward for the 10-year preparation period, it will be a reward, an icing on the cake.

What's more - I learned to be responsible for my thoughts. Bad thoughts interfere with sports performance. Doubts, concentration on pain make the body refuse to continue the effort or reduce its intensity. Good thoughts are extra fuel. I learned to evoke moods that inspired me, encouraged me to push the pedals harder. Gratitude, emotion and joy acted as extra calories delivered to the body during the race.

At the end - one technique thanks to which I overcame the "laziness" that wanted rest on Friday, after a whole week of work in the office. Instead of going out for training in the evening, the body wanted to relax on the couch in front of the TV. It was on Fridays that I had the biggest fight with myself before going to training. The longer I waged this battle in mind, the more I lost. After all, I always found several reasons why it was better to stay home. "Rest will do me good", "I had a hard day at work", "I feel weak" ...

I confided to Michał about these dilemmas, and he gave me a simple recipe. First of all - I was given a task to define in advance 3 objective reasons why I should stay home instead of going to training. 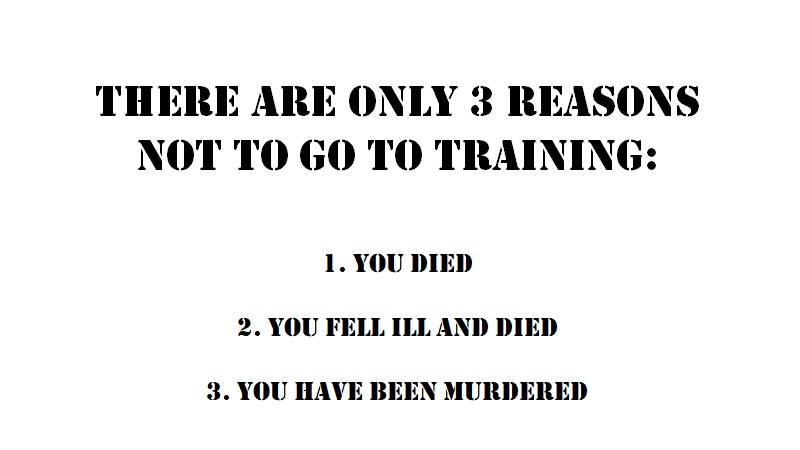 In my case, they were:

Now it was simple. Before each training session, I only checked these 3 things. If I was healthy, I had a working bicycle and everything was fine at home, I dressed quickly, closed the door behind me and jump on the bike. After a quarter of an hour of warming up, I was full of energy and there were no more "lazy thoughts" in my head.

Sometimes it's just better to turn off thinking and act automatically ...