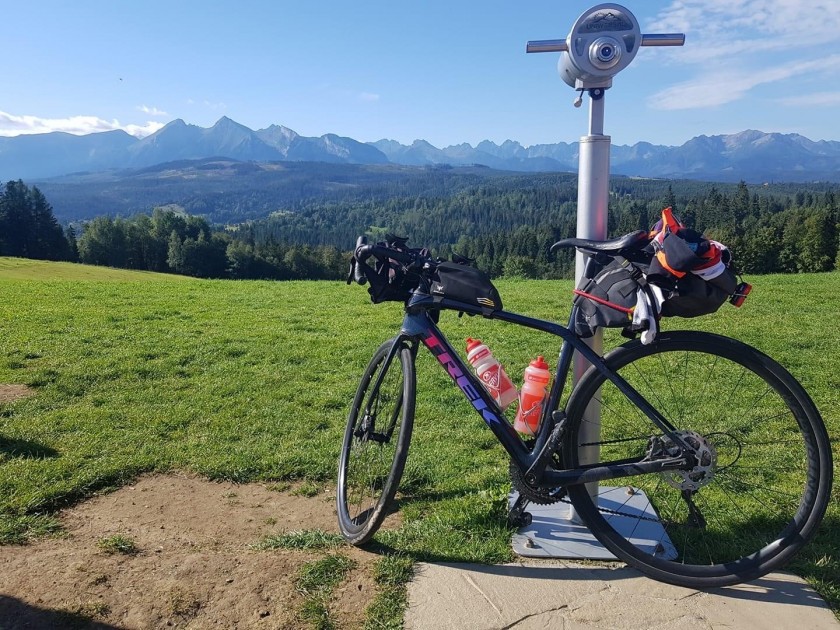 The second day ended for Remek in Lutowiska at about 8 p.m., after driving 246 km and climbing 2358 meters. As he wrote on the Race Around Poland Facebook page: "The weather was good, although you can already feel the sharp autumn air, especially in the mountains".

Cycling towards Czorsztyn, he came to Jaśliska, known for the film "God's Body" by Jan Komasa, which had its world premiere during the International Film Festival in Venice in September 2019. When he was arriving to the castle in Czorsztyn at night, he was after 283 km long journey and 3042 m vertical gain. He wrote: "It was a long day. A lot of impressions. I am tired and it is difficult to comprehend that I was still in the Bieszczady Mountains in the morning and now I am sitting on the terrace in the Pieniny Mountains. It is a pity to leave before dawn, not seeing from the top of the lake. For my consolation I have a bath in my room."

From Czorsztyn the road leads to Bielsko-Biała, where the end of day four is planned. The dazzling scenic route led through Łapszanka, Głodówka, Ząb (Kamil Stoch's hometown) and Kocierz, where Remek was joined by Dawid Salamon, a participant in Race Around Poland and Filip's dad, who is probably known to all lovers of two wheels in Poland, and is also the soul of the "Filipowe Kilometry" campaign. (look at the profile of "Filipowe Kilometry" on Facebook), which combined a charity goal with overcoming one's own barriers by its participants, who traverse Poland, and "Filipowe Kilometers", which in the first four editions of the action gathered ... 40 million k's!

The fourth day ended in Bielsko-Biała at 9.30 p.m. The Ultracyclist was writing: "21.30 we are with David in Bielsko-Biała. The fourth stage is over. Now the weather analysis, the route for tomorrow, a short night's sleep, and we are on our way!"

Day five during, at 4.05 am, they were seen at the petrol station in Bielsko and now Remek is in Racibórz!