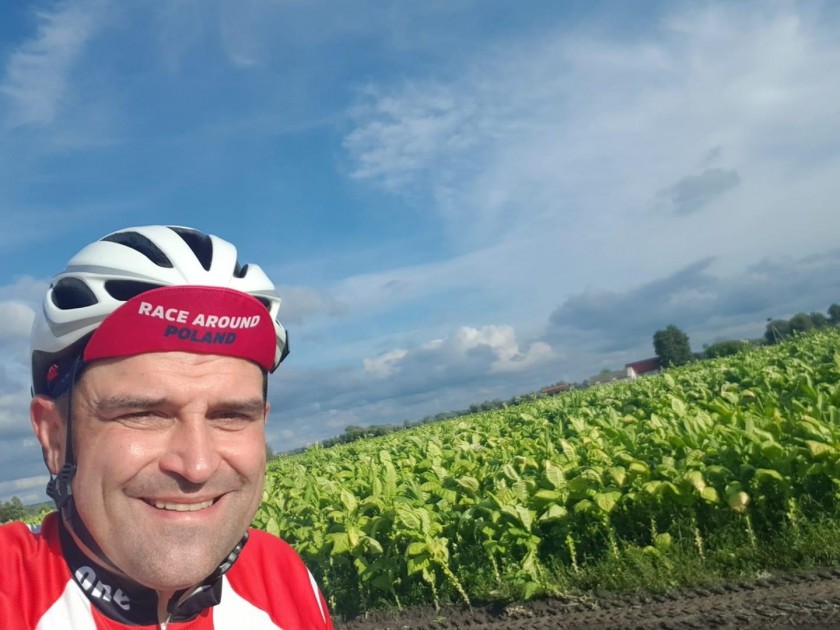 Those who are not present on these pages for the first time know that the sharp start of the race will be located just outside the city, i.e. by the characteristic bridge in Obórki, and Remigiusz Siudziński started his route check on the Race Around Poland route well before dawn today.

The plan for today included reaching Hrubieszów (330 km), where the first control point of Race Around Poland will be located.

Despite the bad weather (a moment before the departure in Warsaw it was raining) at 3.54 a.m. we set off on the route of the race, starting from Ursynów, which was plunged in the darkness and snow.

Less than half an hour later, Remek sneaked past me over the bridge in Oborki, thus entering the official route of the race and bumping at 30 km/h towards the Gassy, which he missed even for a moment without stopping pedalling at 4.40 am. After a while he bounced back to Słomczyn, passing by a herd of wild boars, which ran in a row along the Gassy - Konstancin road just after the crossing.

Around 9.00 a.m. Remek reported from Huta Żelechowska via the race Around Poland profile on Facebook:

"The first hundred is done. We are flying on. So far, the asphalt is cool, medium traffic. it is possible to go. It is not raining. It's blowing a little."

After a stop near Siedlce in raspberry bushes, at about 1 p.m. in Parczew (180 km) a longer stop at the Lotos station and the first coffee during the day. The smile didn't come off, after driving 262 km it was reported from the village of Wola Uhruska (Wlodawa commune, Lublin province) to start the "harvest" action. (see picture);-)

When I am writing these words, all he has left is a piece to Hrubieszów!