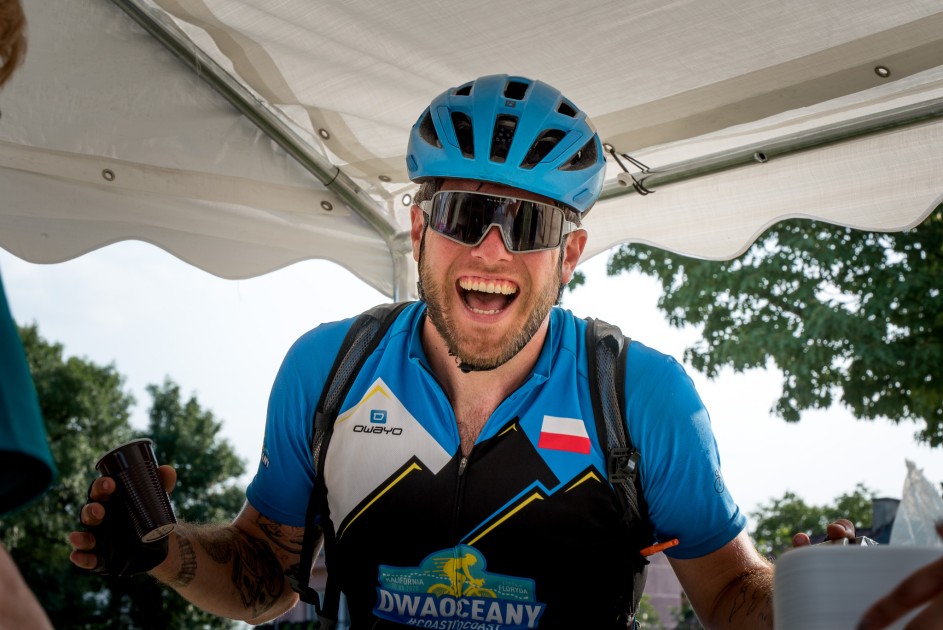 The first edition of Race Around Poland 2021 is behind us. At the starting line of the race there were several dozen daredevils who decided to face the murderous distance, the longest in this type of events in Poland, the greatest amount of elevation and the strict limit. Only a few managed to finish the race over the full distance, but they have already written a new page in the history of Polish and world ultracycling, attracting thousands of spectators to the dotwatching platform, many of whom were thrilled for the first time during such an event.

We are glad that we will see many of those daredevils at the starting line of the race in the 2022 edition, some of them have already signed up for the full distance, others have sent us an announcement of their participation - we cannot wait to experience again the emotions that accompanied us during their previous struggles!

We are aware that the route of the race proved to be very demanding. We have been urged to shorten it, or to limit the number of climbs, or to increase the time limits on the mountain sections. We do not want to do that. From the very beginning Race Around Poland was conceived as an event in which you can take part many times, each time improving your results: improving your time or the total distance cycled. We wanted and we want the full distance within the limit to be available only for those few who finish it right away and for those who will consistently build their strength and endurance measuring themselves against adversities in subsequent editions. The goal and crowning of years of efforts and sacrifices. Ultra cycling fulfilment.

Many of the participants of the first edition of RAP signed up for the race with the assumption that it was to be a test of their capabilities. They did not assume that they would be able to take up the challenge of completing the whole route at once, but they wanted to see if they could manage to ride at least part of it. It is for such people that we introduced the rule that all those who complete at least the section to the first checkpoint (300 km) within the limit, and then to every subsequent one, will be included in the classification. However, in order to do this, it was necessary to sign up for the full distance and pay the full fee for it, although it was assumed in advance that it would not be cycled.

We decided to remedy this and introduced two new distances with 50% and 25% reduced entry fees:

What's important is that you still don't have to do the full ¼ or ½ RAP distance to be classified because, just like in the 'normal' full RAP distance, completing the first checkpoint within the limit and every checkpoint after that will be rewarded with classification on the distance covered!

As a consequence of the changes introduced, it was necessary to update the Rules and Regulations of the race.

In addition to the introduction of new distances in point VIII.3, the new version of the Rules and Regulations also contains changes that we have made taking into account practical experience to date, among others.:

we have dispensed with writing the list of Race Partners in the body of the Regulations, since the full list is always available on the website, and is additionally delivered to participants when they collect their start packages;

the role of start announcements and other communication sent by e-mail or social media has been highlighted, as well as the need for them to be posted on the website and delivered by e-mail to the participants. Such announcements will, among other things, specify the start times in individual categories, the location of the start and finish of the race, the appointment of functionaries.

The current version can be found on our website in the section "Race", tab "Regulations".

The amended Regulations apply from 1 December 2021 but you can sign up for the new distances now!