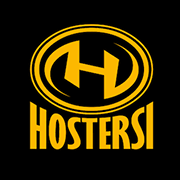 Thank you for your trust and for working together on our project so far - as experience shows, together we can do more and we will get further!

Thanks to the cooperation Hostersi customers will be able to count on attractive benefits associated with the participation in Race Around Poland!

Therefore, if you are thinking about expansion on the Internet, you need scalable computing power and in addition you are thinking about participating in the race, or you want to encourage your employees or co-workers to participate and then cheer them on by tracking their progress live on the Internet thanks to the dotwatching platform provided in cooperation with Hostersi as a Technology Partner, now is the right time! Ask Hostersi for details.

Hostersi (www.hostersi.com) is the best address in Poland when it comes to IT solutions in the areas of server infrastructure design, cloud computing implementation, administrative care and data security. Their support significantly reduces the time and costs of project implementation. During several years of activity they have gained trust of entities from almost all sectors and branches of the economy. They work for corporations, banks, software houses, advertising agencies, startups and public institutions.

The position of Hostersi Sp. z o.o. in the IT industry is confirmed by partnerships with the largest global cloud providers: Amazon Web Services, Microsoft Azure and Google Cloud.

Hostersi is the first Polish company to receive the AWS Consulting Partner of the Year 2021 award in the CEE (Central and Eastern Europe) region. This is a huge accolade, but should come as no surprise as they are a collector of accolades and awards. In 2020, they received the APN Social Impact Partner award from AWS. The company is growing rapidly in various areas of AWS.  In 2021, they achieved AWS DevOps Competency and AWS CloudFront Service Delivery, confirmed by an appropriate audit. Hostersi also participate in many other AWS competency, development and sales programmes, including AWS DCX Competency, AWS Solution Provider, AWS Well-Architected Partner, AWS Public Sector Partner, and APN Immersion Days.

The company was also named in the Financial Times' "FT 1000" ranking as one of the fastest growing companies in Europe.

But Hostersi is not only a rapidly growing company with a nationwide reach and implementing international projects. For years they are also engaged in non-business activities. They support socially important sports projects and are the initiators of actions whose aim is to support the development of the IT industry in the region and the country. In their new headquarters in Rybnik they organize meetings of IT industry leaders, during which the issues of IT industry development prospects, staff acquisition and cooperation opportunities are discussed.

We are proud that they stay with us!