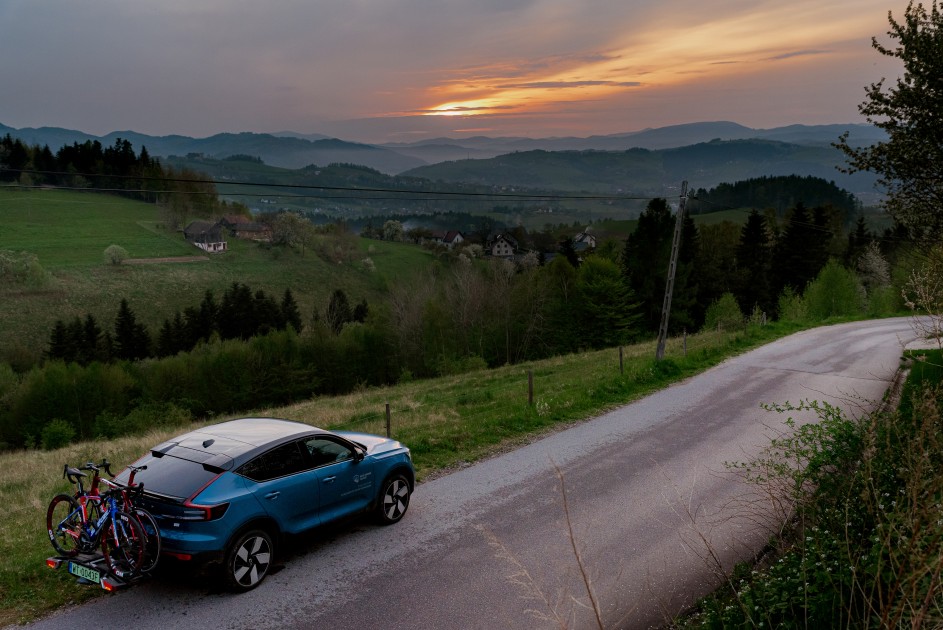 AN ELECTRIC CAR ON A LONG JOURNEY?

Electromobility and ecology have been extremely popular topics for years. In any medium, you can easily find articles and opinions praising electric and hybrid drives, and those pointing out their drawbacks. Each technology has its advantages and disadvantages, and car manufacturers are doing their best to adapt their products to changing customer needs, new emission standards or new company policies. Electric cars have increasingly efficient batteries and, according to manufacturers' declarations, they are steadily increasing their "no-charge" ranges. In the meantime, infrastructure in Poland has changed and electric car charging station, which a few years ago was only a curiosity, rarely seen in the centres of major cities, blended into the landscape and no longer arouse surprise in the car parks of hotels, shopping malls, or gas stations.  People have also become accustomed to the characteristic hum and sound emitted by a vehicle running solely on electric power, because there are more and more plug-in hybrids or fully electric cars in our cities.

The advantages of this technology seem quite obvious. It is cheaper to drive an electric car, the vehicle itself does not emit exhaust fumes which means less pollution and smog on the ground, and driving some of the models can also satisfy speed freaks and fast acceleration enthusiasts. Disadvantages too. This is mainly the necessity to recharge the vehicle quite often, which in the case of fully electric cars will not go anywhere on an empty battery (without entering into a discussion about the Polish electricity mix, or the purity of available electricity in Polish sockets).

Quite a popular belief prevailing among drivers, including those already convinced of the advantages of electromobility, is that it is practically impossible or extremely inconvenient to effectively cover longer distances with an electric car, especially in Poland. It is a common belief that effective ranges are nowhere near those declared by manufacturers on their websites, and charging times make it practically impossible to get from point A to point B in an acceptable time. What if it was not only from point A to point B, but also to points C,D,E and so on for as much as 3600 km, covering on the way almost all the highest mountain ranges in Poland and over 31 thousand metres of elevation? I don't think that's possible at all, is it?

AND IT TAKES TWO TO TANGO

As Race Around Poland, we believe that individual decisions and steps, sometimes even the smallest ones, can change the environment for the better, and have the potential to contribute to the big changes we face as people around the world.  We make these steps in our own lives, but we also want the race we organise to be part of the change. We were lucky to find a Partner who thinks like we do, and since he represents a brand that is determinedly implementing a plan to completely abandon combustion engines as early as 2030, and to minimize carbon footprint in car production, at an expense of 3.3 billion dollars is building a gigafactory for modern batteries for electric cars near Goeteborg, headed by a man who previously did it for Tesla, the decision to cooperate was rather a formality.

As we have already announced, Euroservice Volvo Warsaw - the biggest distributor of Volvo in Poland - has become our partner. The fruit of this cooperation will be low- and zero-emission cars for the organizers during the race and preparations for it. The importance of this cooperation for the environment is considerable, because during the Race Around Poland edition 2021 our cars moving in front of and behind the cyclists, and the car with the rescuer and the photographer on board drove several thousand kilometres in total, burning hundreds of litres of gasoline and diesel fuel. We wanted to do something about this without reducing the quality of support the participants received during the race. After all, we found out from practice that the organisers' support car had something to do, and our rescuer more than once provided assistance in situations requiring it, significantly improving the safety of the competitors. Without these cars there would also have been no 13 repacks and fantastic photos from the route, which probably made the long hours of recovery after the challenges of the first edition more pleasant for the participants.

With no previous practical experience with all-electric cars, and with common misconceptions about the suitability of these types of vehicles for long distances, we approached the topic of the check-up of the RAP route with a sigh on our shoulder, after hearing from our partner that we would be receiving an all-electric car from him for the occasion. However, we like challenges, so we decided to test it at once on the most difficult, southern section of the route stretching from Kalnica in the Bieszczady Mountains to Jeleśnia in the Żywiec Beskid Mountains.

On Friday afternoon, we arrived at 62 Płowiecka Street, where we received the keys to our shiny Volvo C40 P8, to which Euroservice Volvo Warszawa had mounted a bumper mounted towbar and Thule Easyfold rack: on which we placed Spiegel San Marino in Remek's commemorative Race Across America painting, and my Spiegel Diablo equipped with Infinity Seat E2, and E1X saddles, which we also decided to test in mountain conditions. Due to the expected range limits of the car we had huge concerns about the aerodynamics after mounting the bikes, but it turned out that they did not protrude beyond the contour of the car and were not visible in the side mirrors, which gives an idea of its size. We still had to put in the luggage for the three of us, as RAP photographer Damian Ługowski was going with us on the tour, gather up after our last official duties and set off on the road to Gassy, wondering what it would be like to re-load the car with a nearly full load, and the bikes on the hitch? How much of the route will we be able to cover on one charge?

It took us a while to learn how to use the car's integrated multimedia system, which allowed us to find optimal routes and plan them using the charging stations available along the way, taking into account their capacity and the current state of the C40's battery. It didn't help that charging stations in Poland are currently offered by a number of operators, each of which forces the necessity to download their applications, or at least register via a website, in order to start charging, which at the beginning meant that each time it took several minutes to start the charging process, but once we mastered this, and installed the applications, the journey became surprisingly smooth and efficient, especially when we learned the amount of time needed to charge the battery by stations of different power, and learned to find, as a rule, only the faster ones. The battery was sufficient for leisurely driving, so that we were able to drive the route without any problems, reaching nearby charging stations as needed, with the possibility of DC charging, where, during a meal or coffee, we topped up the power system before continuing the drive. We didn't test the actual maximum range, as the prospect of being stuck far from an outlet with a fast charger from the perspective of limited time for a trip didn't make us smile, but on a number of occasions we went well over the 300 kilometre ceiling on a single charge in difficult terrain, pulling up to the station with still quite a few kilometres to go.  To our surprise, the car even once showed an estimated range of 450 km with a battery level of 85%, which means that the range declared by the manufacturer as 440 on a single full charge should actually be achievable in favourable circumstances.

Our route led from Warsaw through Gassy to Lublin, then to Rzeszów from where we went to Przemyśl where we "jumped in" on the RAP route going to Arłamów and further to Kalnica. From Kalnica, after the route of the race and a descent to recharge in Gorlice, we continued through the Gorce Mountains to Czorsztyn. This stretch, abounding in narrow winding roads and exceptionally steep climbs and descents in the forest and in the fields, was particularly difficult for the participants of the first edition of Race Around Poland, who had to ride it in a storm and at night. Driving in the first organisers' car, I could hardly squeeze through some parts of the route, and the engine often whirred in first gear, protesting against the excessive steepness and threatening to stop. This time, our car coped with the chicanes with ease and rode eagerly uphill without the slightest sign of fuss, as well as eagerly topping up the batteries on descents thanks to recuperation. Then we rode through Łapszanka to Białka Tatrzańska and Zakopane, where, because of the time, we decided to continue along the route to Rabka Zdrój, from where we started the return journey to Warsaw via Cracow and Częstochowa.

In total, we drove almost 1500 km, a significant part of which in the mountains, consuming an average of 23.5 KWh of electricity per 100 km driven distance. Taking into account the current costs of charging electricity at stations, this meant an average cost of driving 100 km at the level of 47-48 PLN when charging DC with fast chargers (cost of approx. 2.05 PLN 1 KWh), which is significantly lower when charging the car with lower power chargers (approx. 1.2 - 1.3 PLN 1 KWh in the case of 22 KWh chargers).

We arrived in Warsaw on Sunday night with lots of great photos taken by Damian Ługowski despite not so good weather (look out for it on our social media profiles and Partner!) and with total conviction that long and difficult distance for a proper electric car can be a piece of cake!

We didn't find any major difficulties on the route itself, but in the course of discussions several ideas for minor modifications to this section of the Race Around Poland emerged. Details will follow in relevant announcements on our website.

Look out for Volvo cars with the Race Around Poland logo and the insignia of our Pure Partner, Euroservice Volvo Warsaw, on the detours along the route and in Warsaw.