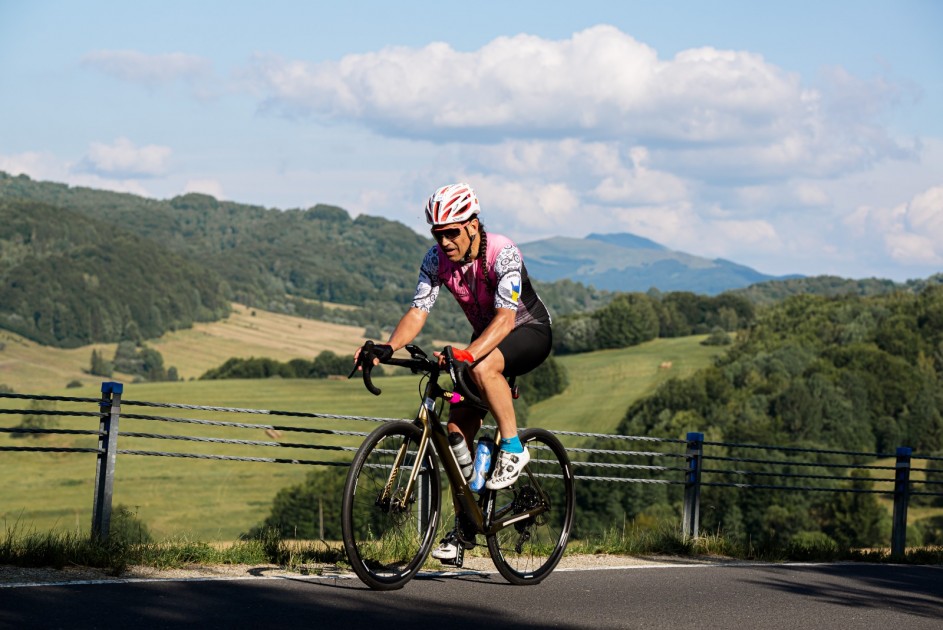 51 year old Philippe May, began his Race Around Poland chapter with hopes of being the first Swiss man and first person with an implanted cardiac defibrillator to finish the race.

In ultra cycling, most people go by the Mike Tyson quote “Everybody has a plan, til you get punched in the face”. RAP for Philippe was a prime example of that epic quote which speaks volumes to any athlete.

The Race Around Poland is by far the toughest course Philippe has tried to take on. With 90% of the elevation (over 30,000 meters) in the first half of the event, he knew he’d be in for some crazy climbing in a short period of time.  There were even large sections of gravel routes which were unexpected. There was also the weather he had to deal with, which went from extreme heat around 40 degrees Celsius to freezing rain and torrential downpours with lightening storms. Obviously everyone else had to deal with those conditions as well, but Philippe was the only foreigner who was unfamiliar with the terrain, language, elevation and course route..

Though Philippe is an experienced racer who had an amazing crew, he made some rookie mistakes. The first, and ultimately most poignant one, was staying in his wet cycling bibs at the beginning of the race for far too long. The second, he was unable to sleep, eat, and properly rest the first night of the race which would catch up to him later as well. As Philippe started to settle into the race, he was chased and frighten by a large dog who grabbed his bike shoe and ankle in its mouth. Luckily Philippe was able to unclip and kick the dog away while his crew beeped the horn to scare it. Then, just when things seem to be shaping up and he got his nutrition, rest and timing under control, he was struck by a careless driver leaving a parking lot in a heavily trafficked section of the route. He was very lucky to have not been severely injured as he was thrown from his bike which landed on the other side of the road, he had heavy impact from the car on his whole right side. But in true Philippe fashion, he checked that his bike was ok, and got back on and kept going.  Unfortunately, these incidents coupled with the earlier mistakes, forced Philippe to resign from the race before the planned 3,600 km.

While he was unable to reach his original goal for 3,600 km, he did surpass the 1,800 km course, so he will receive a finisher’s medal for that race level. As Philippe was racing and going through a lot of adversity, finishing the mountain stages became his new goal. It was difficult to be pulled from the race by his crew after completing the most difficult stages, knowing the flat sections ahead would be his forte.

But this is ultra cycling, nothing is small, nothing is easy, nothing is handed to a racer on a silver platter. The sacrifice that goes into training, the connection with the crew, the journey just to get to the start, all play a roll in the factors that get someone to the finish line. Philippe made more than a valiant effort and along with his phenomenal crew, he was able to ride farther and faster than he ever has. He had the “A Team” with him this race, and he will be back for more. Mr. Tyson was right about the plan, and Philippe got punched in the face hard. But Philippe is a fighter too, and he has learned so much from this experience in Poland. He would like to thank the organization from the bottom of his heart for everything they did to help him and create one of the best ultra cycling races on the circuit. Race Around Poland can be proud of the competition they created. And Philippe can also be proud of everything he achieved during this event.