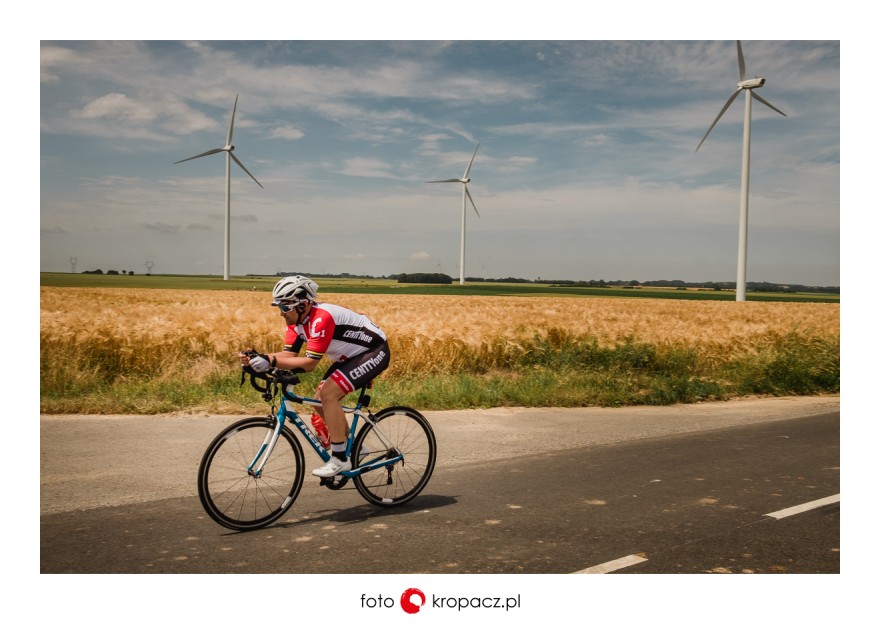 The Race Around Poland will take place in open traffic. What does this mean in practice? First of all, it means the need for participants and possibly their supporting teams to comply with the traffic rules as defined in the regulations in force in Poland.

The safety of the race participants is a priority for the organizers of the Race Around Poland and we want to make the most important road traffic rules applicable in Poland, in the context of cycling, more accessible to those interested.

An uninformed cyclist could ask if there is any "Act on Cycling" in force or at least some regulation that would apply only to cyclists, which would make it possible to determine all rules and obligations of cyclists in one place without the need to select and interpret them. Unfortunately this is not the case. In Poland the most important legal act in this respect is the Act of 20 June 1997. - The Road Traffic Law ("PRD"), which covers, among others, "rules of traffic on public roads, in residential zones and in traffic zones". According to the definition contained in the Act, the term 'vehicle' should be understood as 'a means of transport intended to move on the road and a machine or device adapted for that purpose' and 'bicycle' is essentially 'a vehicle not exceeding 0,9 m in width driven by the muscular force of a person driving this vehicle'[1] . Although the definition of a bicycle with PRD includes different categories of vehicles, including electrically supported ones, according to point IX.5 of the Race Around Poland Rules and Regulations, participants may only ride vertical bicycles powered only by muscle power. Thus, participants of the race are not allowed to use electrically supported bikes and horizontal bikes.

As a rule, according to Art. 33 of PRD, a cyclist is obliged to use a bicycle road or a bicycle lane, if it is designated for the direction in which he is moving or intends to turn. It should be remembered that a cyclist using the road for bikes and pedestrians is obliged to be particularly careful and give way to pedestrians! This is a regulation that is particularly controversial for road cycling, especially in the professional edition, so we will deal with it in a separate article.

But when there is no bicycle path? In such a situation, the cyclist can join the traffic and use public roads, according to the rules of law.

In our guide to regulations we probably start with one of the most frequently violated PRD regulations in Poland - namely the obligation of right-hand traffic. Right-hand traffic is obligatory in the vast majority of countries around the world. In the case of Europe, left-hand traffic applies in the UK, Ireland, Cyprus and Malta.

Article 16 of the PRD provides that the driver of the vehicle (i.e. also the cyclist) is subject to right-hand traffic obligation. In the further part of this provision we have an explanation how this obligation should be fulfilled. It comes down to a set of several recommendations:

In the above specification, which is quite obvious and clear, special attention must be paid to the order to drive close to the right edge. This obligation is not absolute and the use of the words 'as close as possible' in this provision means that the cyclist applies this obligation taking into account the road conditions, as well as the structural characteristics and technical capabilities of the vehicle it is riding. It is not difficult to imagine a situation in which a road bike is damaged and a cyclist is injured by riding on a surface where a bike with wide tyres and aggressive tread would not be a problem.

In our situation, especially on local roads, there is often a lack of a roadside that would be suitable for cycling, especially for road cycling races, which means that you have to travel on the road itself. Here, apart from the lack of a shoulder, fragments and entire sections of the road with damaged surface, holes and other obstacles often occur, which, when encountered, may result in a fall or damage to the vehicle. Road conditions are also important in this context, especially limited visibility or precipitation, which can turn an asphalt rut into an insidious trap for the rider. There are also other surprises on the road, such as pedestrians, (often incorrectly) parked vehicles or roadworks fences.

What does that mean in practice? It means that the cyclist assesses the circumstances, but his behaviour and the validity of his decisions can be verified by the traffic control authorities. Behaviour of a cyclist in the context of a breach of this obligation has already been assessed by the Supreme Court, which in its judgment of 10 August 2005 stated that in the absence of a suitable roadside, the cyclist, under the conditions described in the judgment, does not infringe on it even about 1.2 metres from the edge of the roadside. However, this assessment was made in the context of an accident caused by the driver, which means that even though he acted in accordance with the rules, the cyclist may be the victim of an accident and others may not act with due care.

Let's take care of ourselves, and others by the way!

[1] By definition, such a bicycle may be equipped with an auxiliary pedal-operated electric drive with a voltage of not more than 48 V and a rated continuous power of not more than 250 W, the output of which decreases gradually and drops to zero when the speed exceeds 25 km/h;