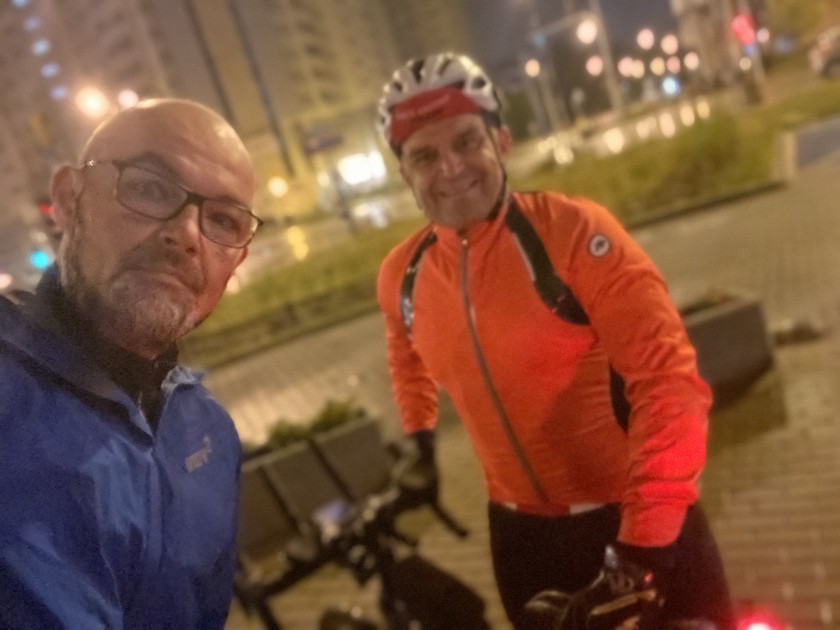 Two hours earlier, he was still sitting at the computer and helping the customer. When at 3.15 a.m. I set off to his house over Warsaw at 3.15 a.m., a cloud broke off and a lash of rain fell. Luckily, the weather let up and we met as planned at 3.30 at the indicated address.

A short conversation, the last fixes of the equipment and at 3.54am Remek took off with the cry of 'Race Around Poland!' on his lips. The race check was planned at an "emergent pace" but I barely managed to park the car in Oborki when he arrived and passed me driving 30 km/h over the bridge over Jeziorka river towards Gassy. This is where the race route begins and from that moment Remek found himself on the actual RAP route. The escort for a few more kilometres, the lighting of the route and a short commemorative film by the Voluntary Fire Brigade outpost in Gassy and Remek fired further towards Słomczyn, unconsciously evading a herd of wild boars walking by the road just a few metres behind the turn.

If you are interested in his reports from the route, have a look here and also at the profiles of "Ultrakolarz" and "Race Around Poland" on Facebook where we plan to post photos and videos. When I write these words Remek rushes to Miastków Kościelny. Cycle safely! Have a wide road!